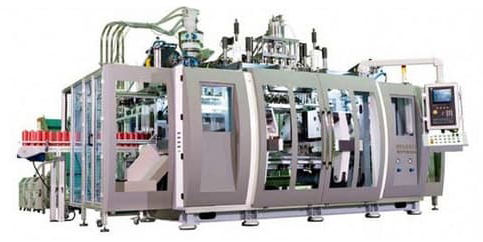 Extrusion blow molding is the manufacturing process whereby plastic is melted and “extruded" into a hollow form. The melted plastic, called a “parison," is cooled in the sealed mold. Air is then blown into the parison, which presses the material into the shape of the mold. Extrusion blow molding is a significant means of manufacturing hollow parts and forms such as plastic juice and water bottles, though the full numbers of applications are extensive.

Flash is essentially the rejected waste of the process – and the problem with flash is that it can impose restrictions on the overall efficiency of the blow molding process while leading to an increased reject rate of product. The primary problem with flash is that it can attach itself to the molded part, thereby causing that part to be rejected. This poses problems associated with an increased reject rate of formed parts; leading to a slower manufacturing time with lost time and efficiency. Some of the associated problems can occur include: